In addition, acoustic fabrics offer numerous advantages. Some of them are:

WHICH FABRIC DO I NEED?

In general, we can divide problems generated by excessive noise into two main groups.

Problems due to noise coming from outside: noise from a noise source outside the enclosure – another enclosure, the street, traffic, etc. – reaches the room.

Against noise generated inside the room: acoustic conditioning.

In TEXTIL BATAVIA we have ACOUSTIC FABRICS for both acoustic insulation and acoustic conditioning solutions. All our products have been tested by specialized laboratories to certify their acoustic quality.

Our acoustic engineers have advised our customers on numerous projects in the field of acoustics. Here are some of them, as a sample of the multiple actions that can be carried out with our fabrics.

Problem: Industry in which machinery produces high noise levels. This problem has two consequences: on the one hand, it can seriously affect the health of workers -exposure to high noise levels can ca… 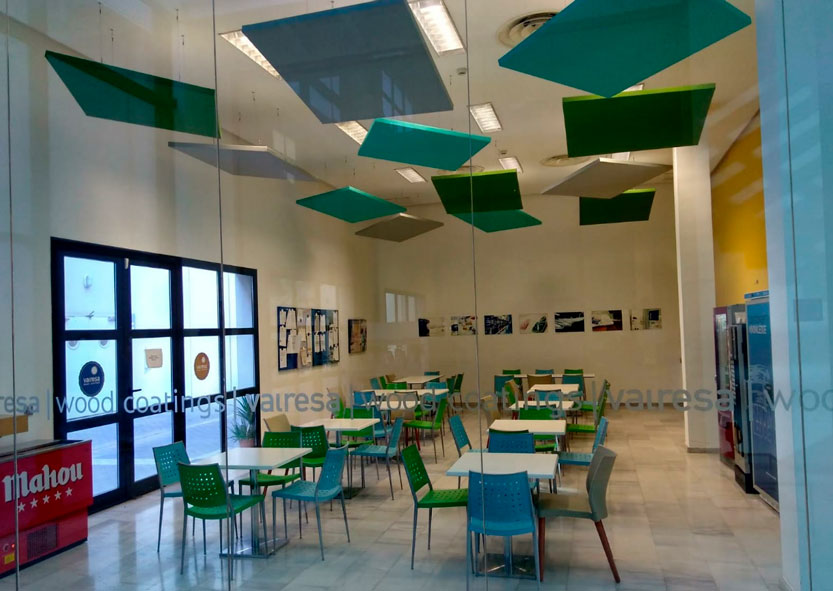 REDUCTION OF REVERBERATION IN RESTAURANTS

Problem: Restaurants where noise level increases when they increase its activity. When it is fully crowded, the noise is considerable and customers complain of a lack of privacy. This problem is due t…